Last year, like many folks, I thought Tablets were just a passing fad – used mostly by people who liked to play games, get recipes, or do online shopping. I was from the old school and staunchly declared that nothing could replace the desktop or laptop computer.

Any other form of computers were mere toys. Then it happened ever so subtly. I was slowly exposed to the Tablets. First seeing news media use them on national news shows and then an occasional Apple geek using them at local coffee shops. Curiosity got the best of me and I found myself reading more and more about Tablets. First on the internet and then seeing advertisements in local newspapers and on websites such as CNET, ZDNET, Newegg, etc. As I user of an iPod I soon realized the power and versatility of the Tablet . . . . and I fell in love and I wanted one.

After reading numerous tablet reviews and talking to several different tablet brand owners, I settled on getting an iPad 2 (lousy timing on my part – – the New iPad was released three weeks after I purchased my iPad 2). Mostly because at the time Apple was the clear leader in Tablet technology and the number of Apps available for the iPad.

Another reason for choosing the iPad was for its 10″ screen size. I wanted the larger screen for viewing videos and typing with the onscreen keyboard is much easier than on the smaller Tablet screens. Right out of the box it was love at first sight. I turned it on and found the initial setup to be very easy to use. Even a very novice computer user would find the setup and initial operation easy to follow.

I soon found myself settling into my plush reclining easy chair where I began exploring all the Apps available at the App Store. A large variety of Apps are free or .99¢ at the App Store. I was soon exploring the Internet, using email, taking pictures and making movies all with my new found tablet. I literally could not find anything that I could not do on my new Tablet that I did on my desktop computer. As a matter of fact there were things I could do on the Tablet that I could not do with my desktop. The only thing I go back to my desktop PC for is where heavy keyboard usage is required, such as
Producing the Cajun Clickers newsletter or doing intensive input into an Excel spreadsheet, etc.

Has owning a Tablet changed my life? Yes! I rarely get out of my plush recliner to go to my desktop PC. I do online shopping, check bank accounts, send videos to my distant friends and relatives, view live radar weather reports, read newspapers such as the
Advocate, find recipes for my wife, read iBooks, and much, much more with my new iPad Tablet. And I can take it with me anywhere I go.

Based on personal experience and from the reviews I’ve read recently, my choice for a Tablet would be either the New iPad or the Samsung Galaxy Tab 10.1. Both are top performers and get five sta 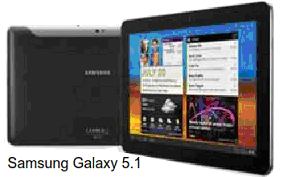 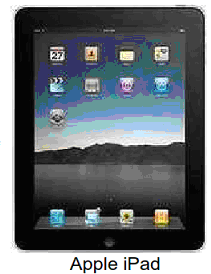